Back in the Burg

I’ve been back in the Burg for the last 10 days working from Reclaim’s HQ on a range of stuff. As a result the bava has been a bit quiet given the push to get as much done as possible in a relatively short time frame. I’ve been able to get some of my stuff out of storage on the first day of my return, which has been on focus of the trip. I’ve been going through boxes of toys, books, movies, and more which is always a fun past time for me. I’m figuring out how to get my stuff overseas in the next month os so, but until then I am using CoWork’s unclaimed spaces as a temporary waylay station. 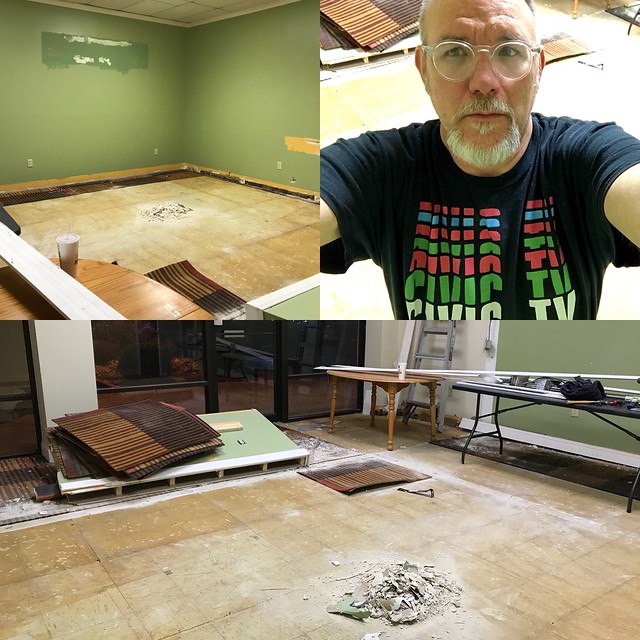 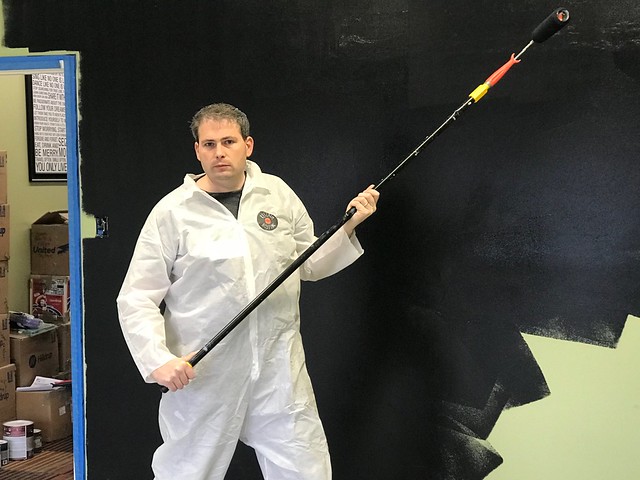 We have also been working quite diligently on making Reclaim Video a reality, which has been quite a blast. I’ll post more on that soon, but we did a pretty intense carpet and tile rip as well as began painting the store, which Lauren blogged about earlier today. Watching the space come together has been a dream come true—I’ve pretty much wanted to run a VHS store since I was a pre-teen, so this is pretty exciting. 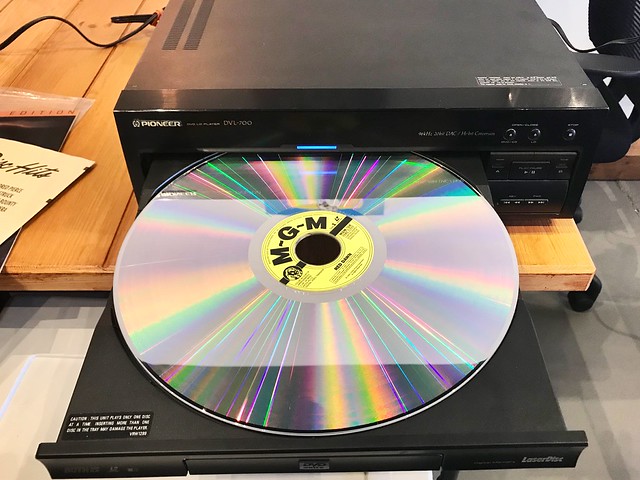 I have also been doing some shopping for VHS tapes, laserdiscs, game consoles, and more. I went to Fat Kat Records 20 minutes south of here in Ladysmith and picked up a ton of mint laserdiscs as well as a mint Pioneer DVL700. I even tested it out with a showing of Red Dawn …. WOLVERINES! 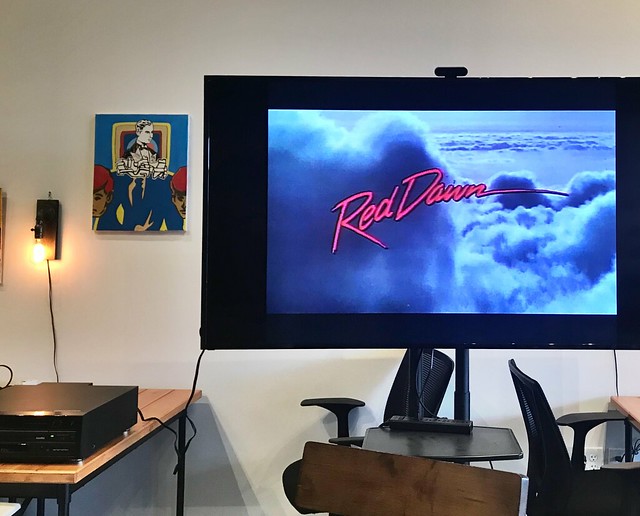 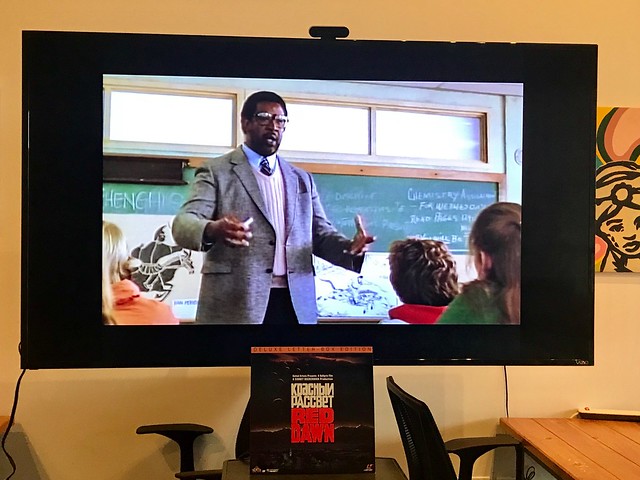 I’ve also been a regular at the Library of Congress’s Packard Campus in Culpepper, VA, which has been amazing. I got to see Sense and Sensibility, Close Encounters of the Third Kind, The Last Picture Show, and Lawrence of Arabia , all of them in glorious 35mm. I even missed a few gems like Guess Who’s coming to Dinner, A River Runs Through It, and The Adventures of Baron Munchausen—world enough and time! 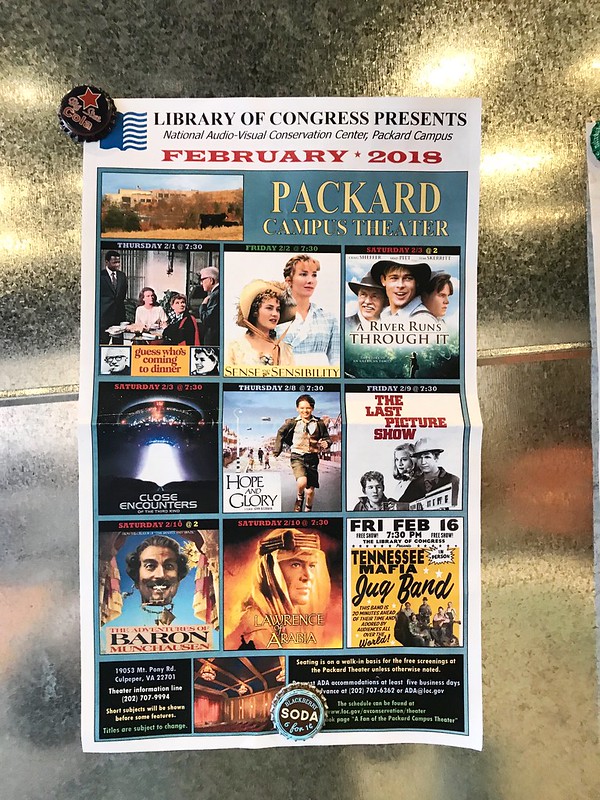 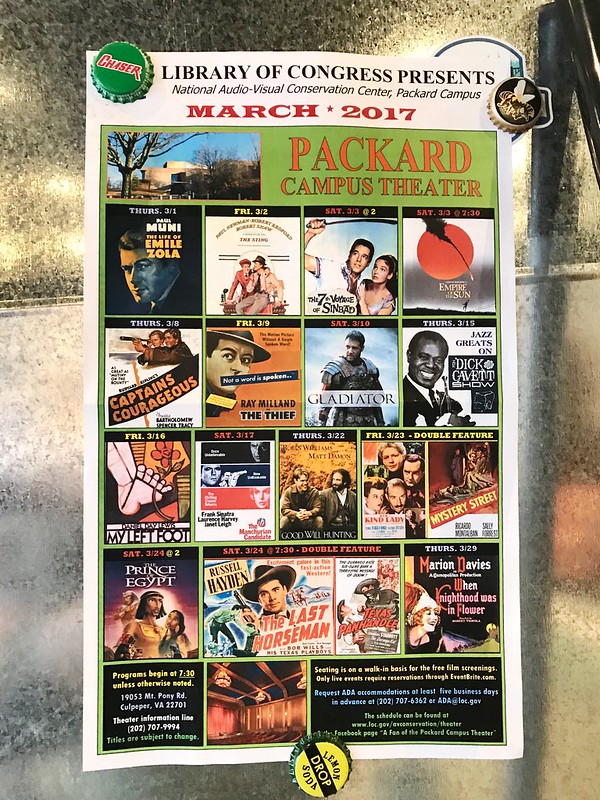 I was a little sad to learn that Culpepper’s 1938 State Theater had closed after only being re-opened for two years. There was a major funding drive to get investors help refurbish and re-open Culpepper’s movie house at the tune of $13 million dollars, It was an impressive remodeling to restore it to its original glory. I had the good fortune to see Independence Day there in 2014. But that was then, since it has gone defunct and just a few weeks ago it was auctioned to the highest bidder for $700,000.

I was also able to rekindle my ds106 roots with a quick stop by UMW yesterday to record a  video for The End 106 with the great Martha Burtis. She’s a genius.

And later that afternoon I actually got back in the classroom after a long hiatus to talk to to an awesome group of students in Eddie Maloney’s graduate course Technology Innovation by Design, which is part of Georgetown’s new Masters program in Learning and Design. It was a thrill to talk to student who want to think critically about the future of educational design, and I’ll write more about my approach in a follow-up post. I do miss the classroom, it is always a lot of fun for me—but damn I tend to talk a lot.

Anyway, if nothing else, this post serves as a roadmap for all the posts I need to write after taking a bit of a hiatus from the blog in order to dig in a bit while here in the US. it’s been quite nice to work alongside Meredith, Lauren, and Tim in CoWork—it’s been a welcome change to reconnect in person with the awesome crew that makes Reclaim so damn good.